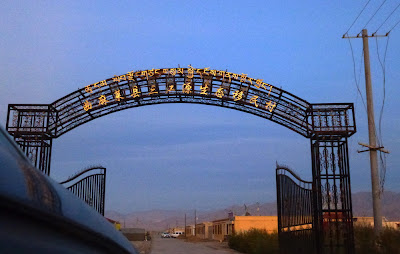 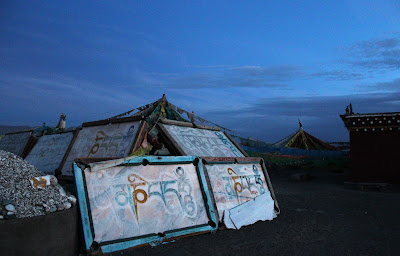 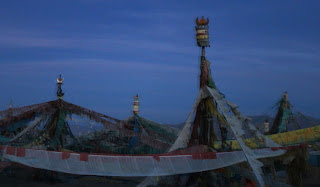 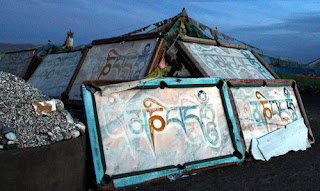 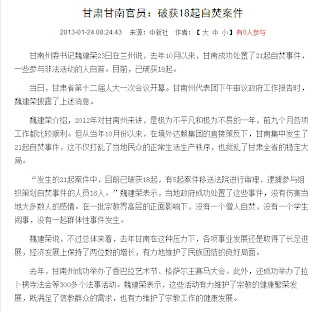 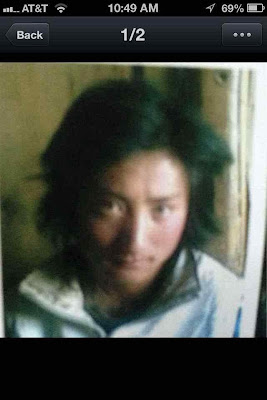 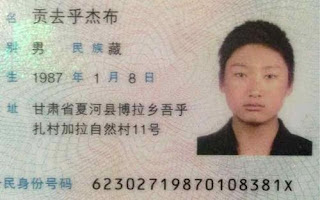 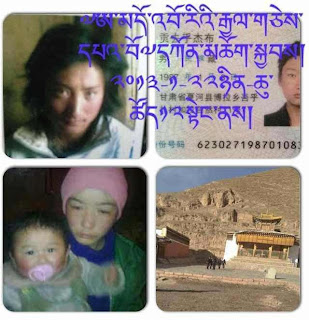 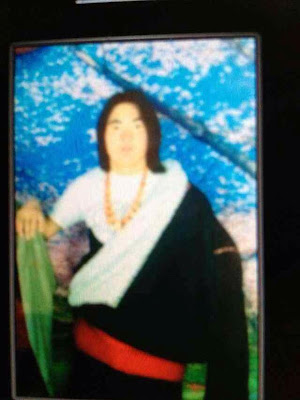 Under the April 2012 procedures issued by the TAR authorities, prospective Tibetan travelers are subject to arduous—and what some call discriminatory—procedures in an apparent attempt by Beijing to clamp down on their travels abroad.


The procedures, contained in an official TAR document obtained by RFA's Tibetan Service, were introduced after many Tibetans attended the "Kalachakra" religious gathering in India in January 2012 presided by exiled Tibetan spiritual leader the Dalai Lama, who is reviled by Chinese leaders as a separatist.

The move was also part of tightened security measures following self-immolation protests by Tibetans questioning Chinese rule in the TAR and Tibetan-populated areas.

“Since February or March of last year, there has been no issuing of new Chinese passport to Tibetans and those in the TAR were hit hard by the move," Office of Tibet in Taiwan researcher Sonam Dorjee told RFA's Tibetan service.

Another source, with contacts in Tibet and speaking on condition of anonymity, said he was only aware of Tibetan officials being issued passports by Chinese authorities.

"No new Chinese passports have been issued to Tibetan individuals in TAR, except for a few Tibetan officials who received the passports for official purpose and which they need to hand back upon their return," the source said.

Unlike Chinese nationals, Tibetans face a "very complicated and difficult process" to obtain passports, Dorjee said. "They may have to wait for years for their applications to be processed and may have to pay bribes along the way."

"For most Tibetans with no official connections, they cannot get a passport at all," Dorjee said.

This is a contradiction of the law as the Chinese government, under national regulations, require the authorities to issue passports within 15 days after an application is made and to notify unsuccessful applicants within six days with the reasons why their applications were denied, he said.

“There should be one set of regulations and procedure for all the citizens of the nation but for China, it is not the case," Dorjee said.

Tibetans have to first submit their passport applications to local government offices in the areas they resided. The documents will be scrutinized at the village, district and county levels and then finally by the TAR police bureau.

"Even after the lengthy process, the applicant is required to sign a document guaranteeing to the effect that he would not engage in any "illegal activities" or activities that are "harmful to the nation" while abroad, Dorjee said.

Even if Tibetans are able to obtain passports and get to travel abroad, they have to surrender the travel document to the authorities within seven days on their return home.

They also have to report to the local police and subject themselves to interrogations—requirements not imposed on Chinese nationals whose passports are usually valid for five to 10 years and not collected back on their return from abroad.

“It shows that even though all are considered Chinese citizens, TAR passport applicants do not have the same rights as guaranteed in China for other applicants," Dorjee said.

Tibetans already with passports are also in a quandary.

When the Chinese authorities began implementing a nationwide electronic passport scheme last year, Tibetans in TAR had to surrender their passports even before expiration and were subject to thorough investigation and screening procedures, according to Tibetan watcher Gonpo.

Many Tibetans with passports wanting to re-enter Tibet from Nepal were stranded in the border due to the change to electronic passports, he said.

A Tibetan businessman who arrived in the Nepali capital Kathmandu in the first week of January from Tibet said many Tibetans who had attended the Kalachakra festival in India a year ago had their passports seized by the authorities and have not got them back.

"Passports for all Kalachakra returnees are confiscated with the assurances that new passports will be issued, but to my knowledge no new passports have ever been issued to them," he said.

Tibetan businessmen shuttling between the TAR capital Lhasa and Nepal are also concerned their passports would be confiscated.

In fact, the number of Tibetans travelling to Nepal with Chinese passports is significantly down in recent days, impacting Tibetan businesses in Nepal, said a Tibetan resident in Nepal.

There are about 20,000 Tibetan refugees in Nepal, and Beijing has urged Kathmandu to restrict their activities.

When was I Born?


Mother, when was I born?
In the year the river dried

When was that?
That was the year when crops failed
And we went hungry for many days
We feared that you would never survive

Was that the year we moved to a new house?
That was the year when they confiscated our house

What year was that?
That was the year when they destroyed the monastery

Was that the year grandpa went away?
That was the year when they sent your grandfather to prison
Where he cleaned shit and butchered insects in the fields
You were born when there were no men in our house

Was I born in the year the walls were pulled down?
That was the year when they ripped apart the prayer hall
Wooden beams were hammered to splinters and frescoes soiled
You were born when a crazy wind blew from the east

What year was that?
That was the year they burnt scriptures in the village square
And sang revolutionary songs in praise of the Party
You were born when blades of grass refused to grow

Was it the year you stopped singing?

When was that?
That was the year they wrote the big red slogan on the walls 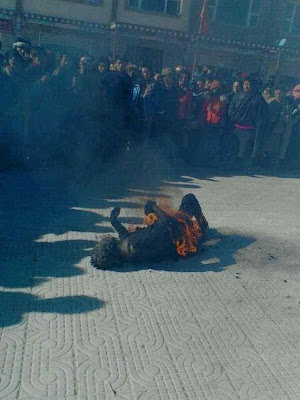